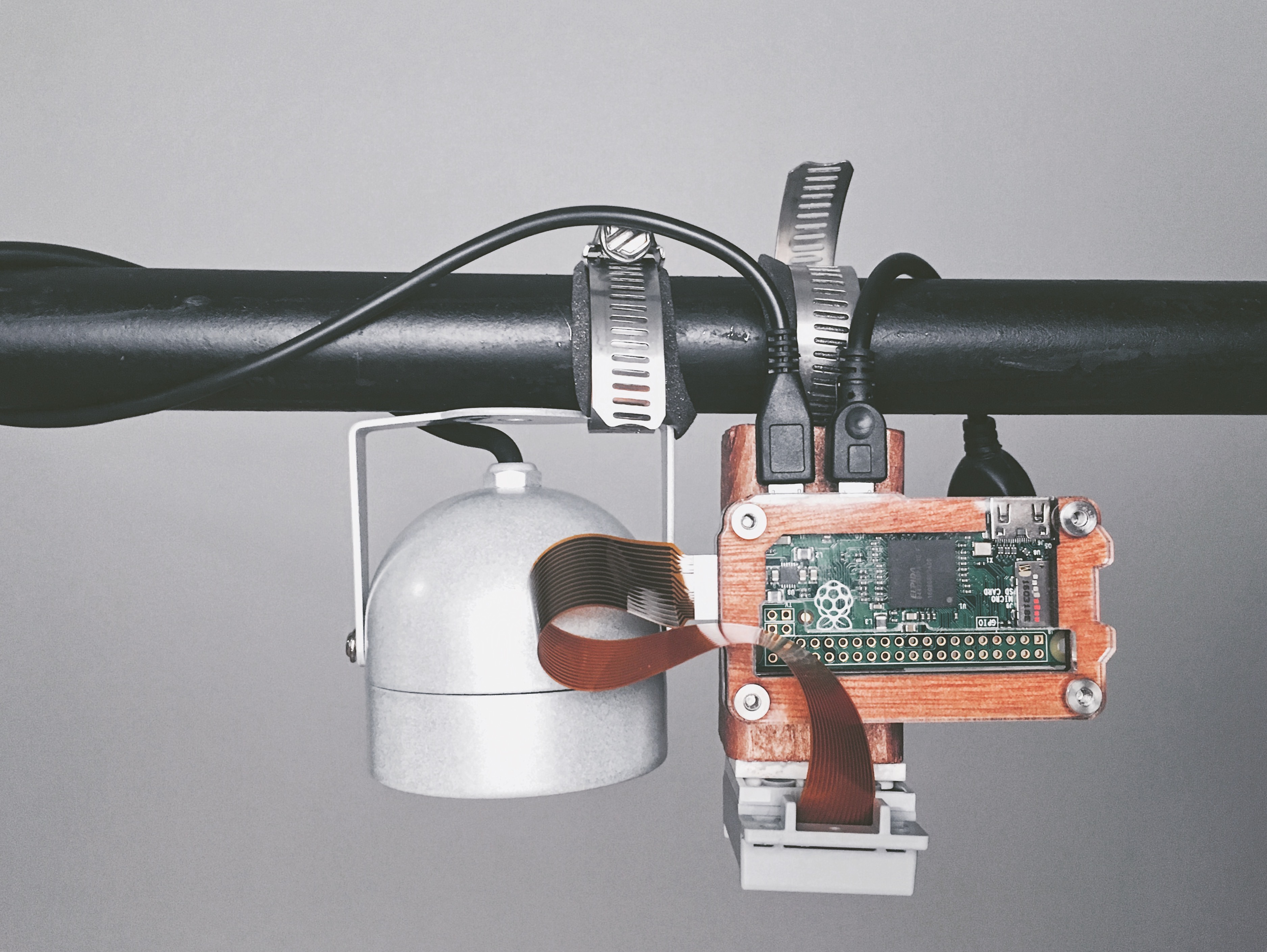 I created a custom rig made of steel piping and wood feet for stability. A Raspberry Pi Zero and a Raspberry Pi NoIR camera was mounted on the rig, along side an infrared lamp. The lamp was controlled with a SmartThings plug to activate only after sunset.

The Raspberry Pi ran a NodeJS application that captured an image every 30 minutes. After taking a picture, the application uploaded the image to a S3 bucket; this in effect enabled the time lapse to continue indefinitely. After the time lapse was completed, ffmpeg was used to compile all images into a mp4.

There were a few post-processing challenges that emerged after examining the initial render:

The final video was time-warped to 3x-4x using Adobe Premiere and the music was created in Garage Band. Things for next time: